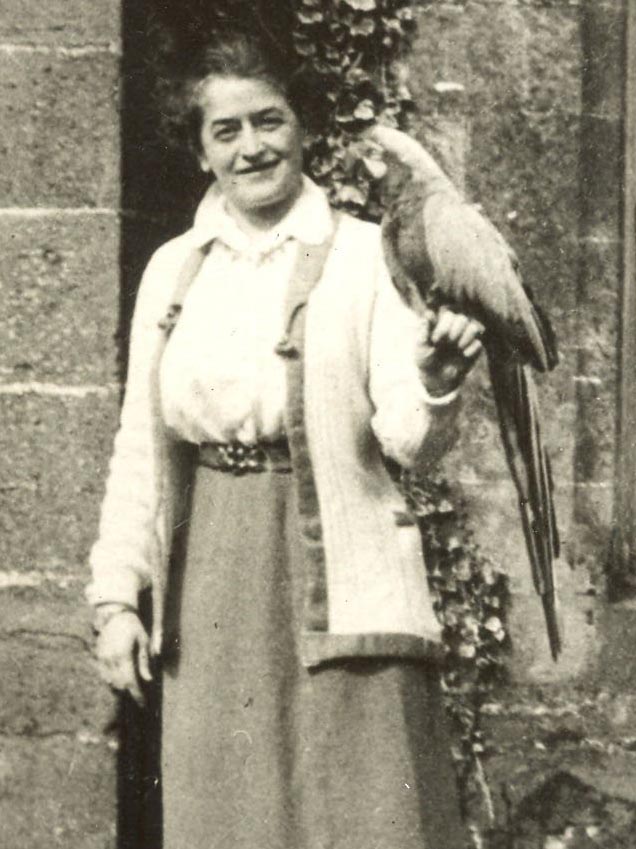 Juliette Gordon “Daisy” Low (1860-1927) created an organization in 1912 that became the largest voluntary association of young women in the world: Girl Scouts of the USA. She was an artistic, courageous, and energetic world traveler who thrived on instilling in “her girls” a sense of responsible citizenship. She provided healthy, fun activities for girls while teaching them how to be loyal, courteous, friendly, and trustworthy. Her charming eccentricities made her the center of attention at every party. Unstoppable in her enthusiasm for scouting and generous to a fault, she was loved and admired by countless people the world over for helping people help themselves. She is fondly remembered as the first Girl Scout and the best Girl Scout of them all.

The work of today is the history of tomorrow, and we are its makers.—Juliette Gordon Low

She lived her life always on the run, a bit disorganized,

Her work was never done.

Could have charmed the fruit off a tree.

When she had an idea

Then everyone knew she’d be…

Refrain:     Unstoppable, persistent, and so magnetic.

She spent her money to support the girls.

When there was nothing left, sold her precious pearls.

Nothing mattered more to Juliette

Because her heart was set on a dream.

She did all she could

Just to be helpful and good. She’d seem…

Eccentricities ~ qualities that make a person unconventional and slightly strange. Juliette Gordon Low had her own way of doing things, and everybody loved her for it. The following characteristics are what made Daisy so unique and unstoppable!

Generous ~ willing to give more of something than is expected. She gave her time

and energy—and even her own money—to start the Girl Scouts.

Disorganized ~ not properly planned or controlled. Daisy was sometimes

forgetful and often had to pull things together at the last minute.

Optimistically Persuasive ~ sure she could get people to do what she wanted.

Persistent ~ continuing firmly in spite of difficulty. Daisy didn’t give up!

one of the largest organizations in the world.

Visionary ~ a person who looks ahead with original ideas and imagination.

Daisy was able to see something that turned out to be very successful. She had a

vision for an organization that has continued to thrive for over 100 years.